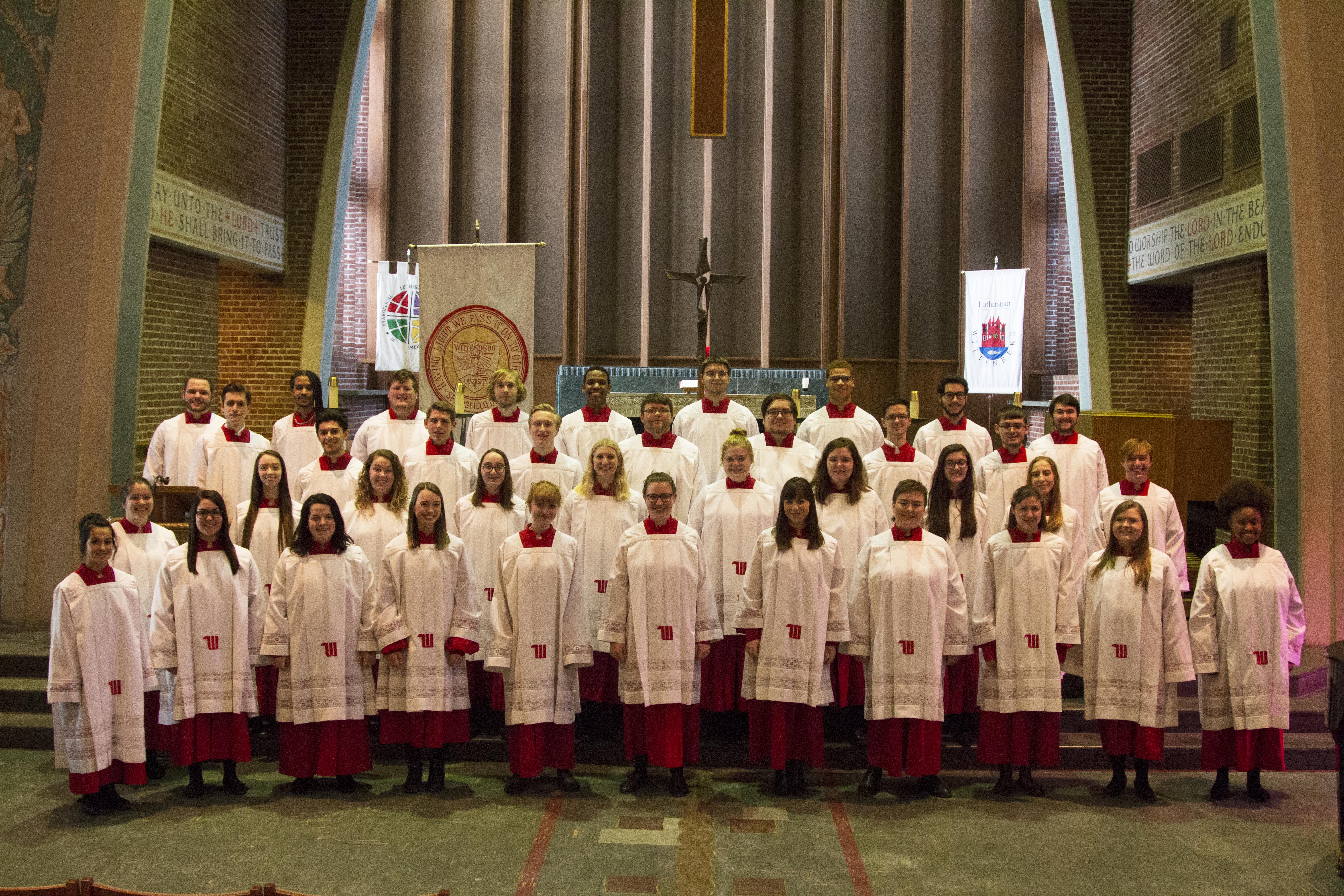 One of the nation's finest touring ensembles comes to Gettysburg for an evening of lush, moving, superbly performed choral music!

Music Gettysburg! presents The Wittenberg Choir in concert at the chapel of the United Lutheran Seminary at 147 Seminary Ridge, Gettysburg on Friday, March 6, at 7:30 pm. The concert is free and open to the public. The program, “Life and Breath”, will feature a wide variety of music in five sets: Celebrating a Legacy, Shelter through the Storm, I Will Rise, Three American Folk Songs, and Hymns& Spirituals. The music of René Clausen will be featured in the program. Clausen is retiring from Concordia College in Moorhead, MN, after 34 years of teaching. His impact as both a music educator and composer have been profound in the choral music world. The choir will sing several of his most widely performed anthems. Shelter through the Storm will take the listener on a journey from the relative calm in the piece, “When the Earth Stands Still,” by Don Macdonald, to the energetic piece with thousands of syllables and notes in “Balleilakka,”arranged by Ethan Sperry, back to calmness in “Grace Before Sleep,” by Susan LaBarr. The first half will conclude with the uplifting song, “I Will Rise,”arranged by Craig Courtney and Linda Hasseler. Folk songs, hymns and spirituals will make up the majority of the second half and there is sure to be several familiar pieces for everyone to enjoy.

The Wittenberg Choir was founded in 1930 by John Thomas Williams. Comprised of students from a wide variety of academic programs, the ensemble is the premier singing ambassador of the university. In rehearsals and performances, singers are charged to lead personal, professional, and civic lives of creativity, service, compassion, and integrity in the pursuit of musical excellence. The Wittenberg Choir tours annually across the United States and performs regularly throughout the greater Springfield area and on campus, including music at the historic Weaver Chapel Reformation and Lessons and Carols services. In addition, the Wittenberg Choir has made many European tours, the last one in 2012.

Erik Zinter is the Director of Choral Activities and Assistant Professor of Music at Wittenberg University. He earned a Bachelor’s degree in Music Education from Concordia College in Moorhead, MN, a Master’s degree in choral conducting and literature from the University of Illinois at Urbana-Champaign, and a Doctorate of Musical Arts in choral conducting from North Dakota State University in Fargo, ND. As a member of the faculty at Wittenberg, his responsibilities include teaching music education courses,aural skills, choral conducting, student teaching supervision, and directing the Wittenberg choral ensembles. Dr. Zinter has more than fifteen years of experience teaching choral music at the high school, college, and community level. Choirs under his direction have participated in numerous state,regional, and national events. Dr. Zinter remains active as a singer, clinician,and guest conductor.