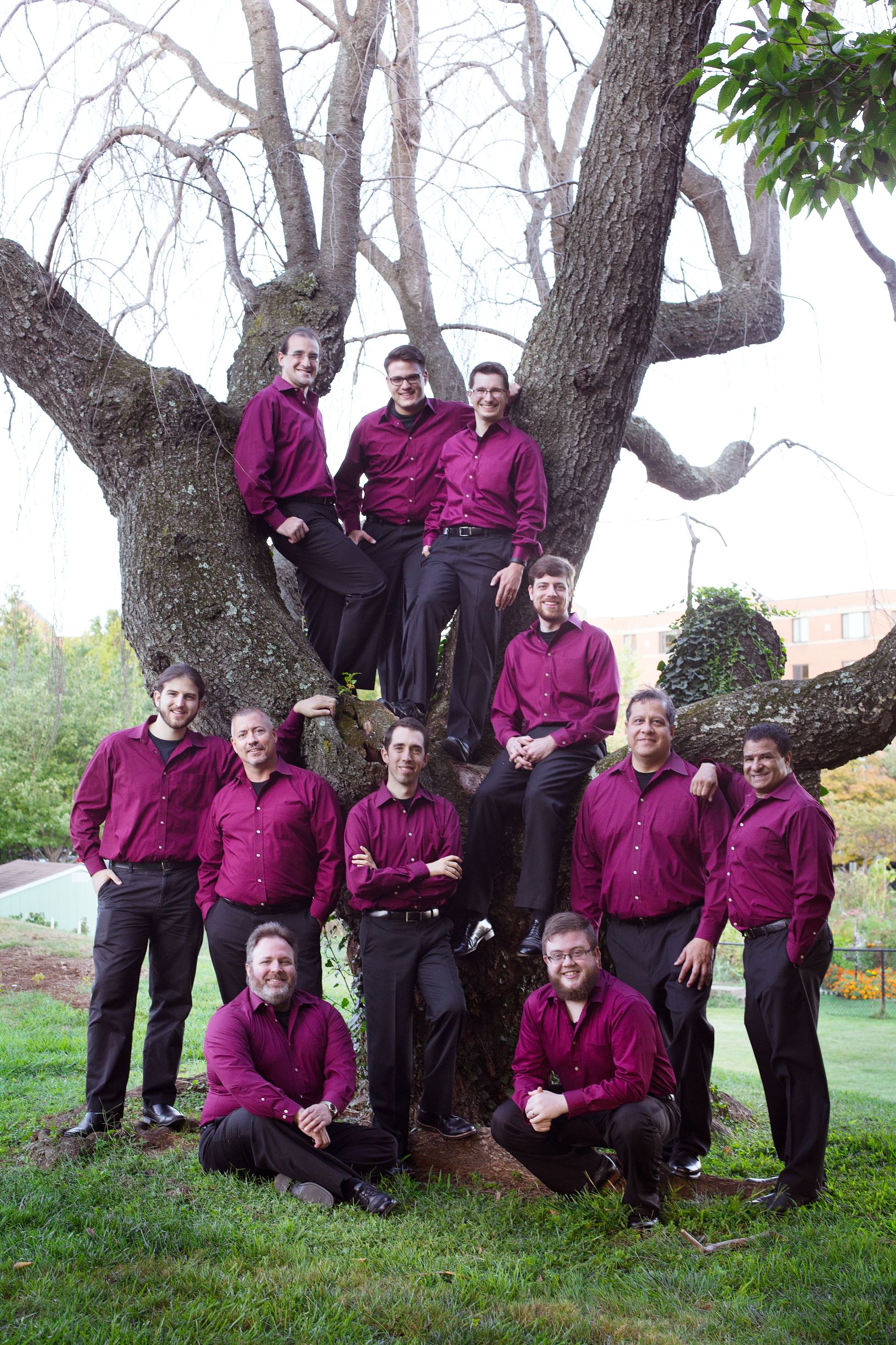 Recognized as the Washington area's "Best Choral Group," this male ensemble brings new life to early music and their own compositions - as delightful as their name!

The next Music, Gettysburg! concert features The Suspicious Cheese Lords on Saturday, February 8th at 4:00 pm.  Based in Washington, DC, The Suspicious Cheese Lords is an award-winning all-male a cappella ensemble specializing in early music. Their concerts have been described as “Genuinely beautiful…rapturous music-making” (The Washington Post), and “…a mind-expanding experience” (Joseph McLellan, The Washington Post). The concert will be held in the United Lutheran Seminary chapel at 147 Seminary Ridge, Gettysburg, and is free and open to the public.

From 1998 to 2006, the Cheese Lords served as the choir in residence for major services at the Franciscan Monastery in Washington, D.C. Additional services credits include the Cathedral of St. Matthew, Church of the Epiphany (G Street), the Church of the Holy Redeemer (Kensington, MD) and Georgetown University’s Dahlgren Chapel.

The ensemble assisted in the developing “An Evening at the Tabbard Inn” an event for the Smithsonian Institution’s Resident Associates program in which the Cheese Lords provided music contemporary to Chauncer’s Canterbury Tales and related to the theme of pilgrimage.

The Suspicious Cheese Lords have released four world-premiere recordings and have been featured on nationwide radio broadcasts, including Harmonia Early Music and Robert Aubry Davis’ Millenium of Music. The Cheese Lords have also had several performances on XM Satellite Radio including regular broadcasts on the Vox Channel. They are currently featured on the Symphony Hall channel. For more information, visit their website at www.suspiciouscheeselords.com.

This concert honors Gettysburg’s own Jane English. Jane and her late husband Dave have been fervent supporters of Music, Gettysburg! for decades, and Jane has been a member of its Steering Committee for the past fifteen years. Before moving back to Gettysburg, Jane had been involved in presenting music in Maryland schools;since moving back to Gettysburg she and Dave brought a number of historic buildings in town to new life, including Linwood, the home in which she grew up. In the 1820’s Linwood hosted the foundation of both Gettysburg Seminary and Gettysburg College.